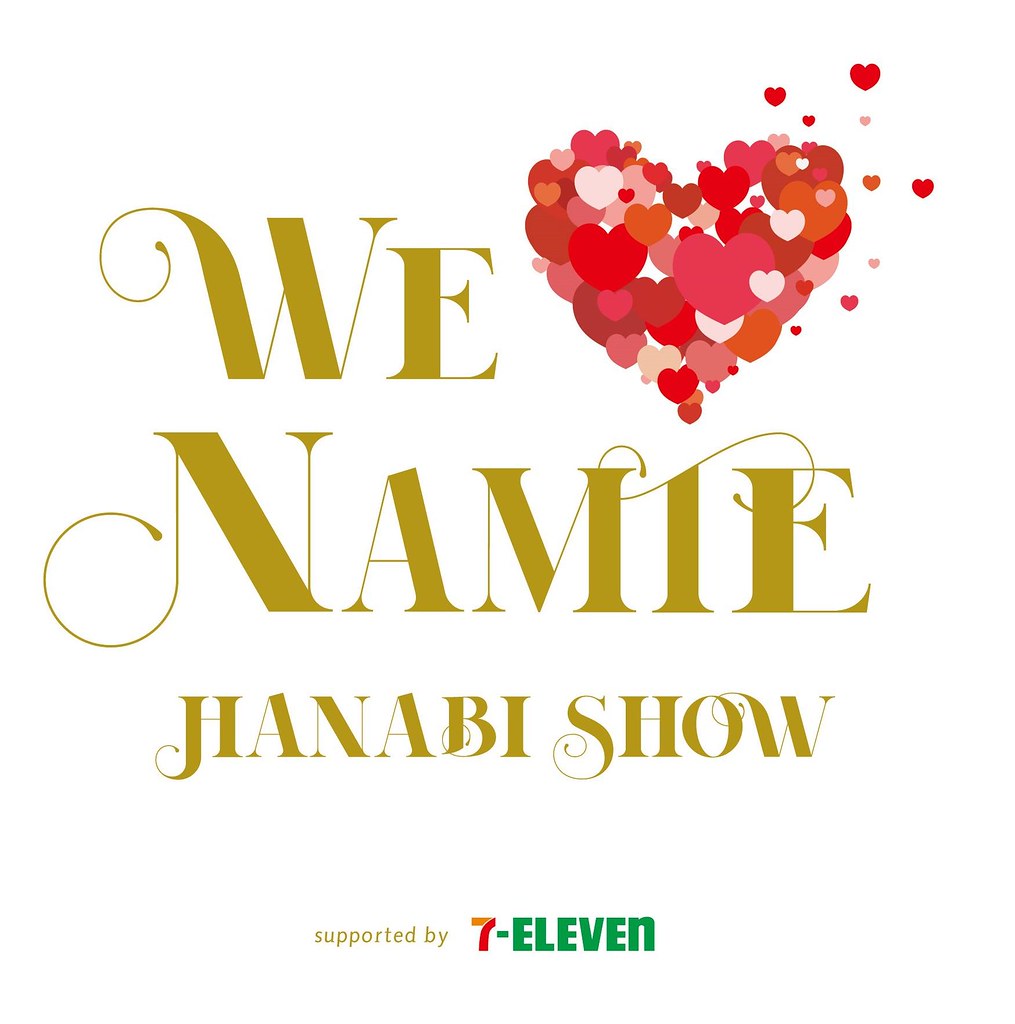 Special event co-sponsored by 7-11 and Okinawa Times Company.
it's being held on Amuro's home turf in Okinawa.
Okinawa Convention Center where a special INTERACTIVE video screening will be held allowing the Amuro fans to participate via "Costume Play" and "Cheer leading"!
Later on, in the evening, the WE ♥ NAMIE HANABI SHOW begins！
This show will take place on a specially constructed stage in Ginowan Okinawa and will feature one memorable Amuro hit song after another.
SO...this September...on the 16th (Sun)...the Amuro Festival begins…