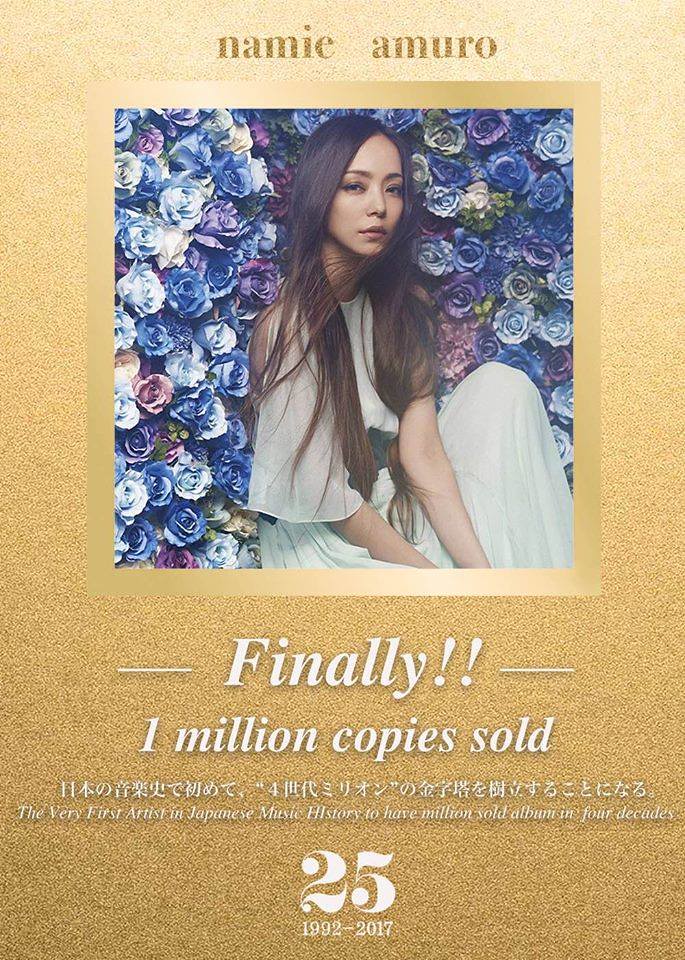 All Time Best Album “FINALLY” in its first week alone has exploded to the top of the charts to reach the ONE-MILLIONTH SALES MARK! According to ORICON’s WEEKLY ALBUM RANKING (11/6-11/12), this new album has also topped the charts AT NUMBER ONE!!!
This is the FIRST TIME in 13 years and 7 months that an album has sold a million copies in its first week of release!!! And that’s not all! We’re also thrilled to announce this is the
FIRST TIME IN HISTORY that a performing artist’s album has reached the millionth sales mark in his or her teens, 20’s, 30’s and 40’s!!!